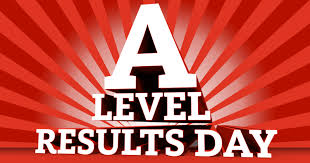 It has been a very unusual Results Day following the cancellation of this year’s exams. There has been much in the national press about this year’s process for generating results. There was never going to be an easy solution following the decision to cancel exams this summer.

Students have also secured excellent employment opportunities, including Maisy Hurst who has joined a mentoring scheme with Calltime, a booking agency, specialising in the sourcing and supplying of experienced film and TV drama runners, production runners and location marshals and we are positive we will be seeing her name in credits very soon!

Robin Newman, Principal commented “I am proud of the great care and professionalism shown by our sixth form teaching staff, who painstakingly followed the government guidance during lockdown to create our centre-assessed grades for each student. We wish each of our Year 13 students all good luck and success in their futures.”

Navpreet Shivalkar, Head of Sixth Form added “I have been impressed with the balanced, sensible and mature approach from our students in such challenging times. Our students have shown great ambition in planning for the next steps in their lives, and we are certain they will be successful in work, apprenticeships or university beyond Haileybury Turnford.”

Haileybury Turnford, sponsored by Haileybury in Hertford Heath, has a comprehensive sixth form whose students benefit from the support from its sponsor.

Students still interested in applying to Year 12 for September 2020 should contact our Head of Sixth Form directly at shivalkarn@haileyburyturnford.com as some places are still available.