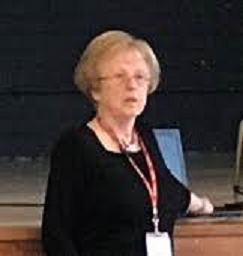 Following Holocaust Memorial Day on 27th January 2021, our virtual visitor, Dr Agnes Kaposi, compiled these questions and answers from her work with our community.

We thank Dr Kaposi for once again speaking to our community this year, helping us understand the Holocaust.

Have you met anyone who does not believe your story?
I have worked hard to check my facts I did my best to be accurate and never exaggerate. But I talk of the murder of children and innocent people In a civilised country like ours, a story like that would be hard to believe. Even so, people seem to believe me, nobody has ever accused me of being untruthful.

Do you think that your experience changed you as a person If so, in what way?
My experiences made me grow up early. I was still a child when I already understood that there were good and bad people among our neighbours, among my teachers even among those who were persecuted. I was not yet a teenager when I learned to be responsible for myself and care for others, children and adults, who needed protection. Perhaps this is why I have always enjoyed caring for my family, and why I liked my profession as an engineer and a teacher.

Do you think that people are born evil or is it something that it taught?
I don’t know whether people are born evil, but I certainly know that people can be influenced by messages and images of hatred, and can be swayed by those who se aim is to harm others. But I strongly believe that people can also be taught good things: valuable knowledge, useful skills, appreciation of nature, art, literature and music. People can learn to respect others, and follow the example of those who are fair minded, kind and generous.

How do you think we should change the way we do things to prevent another mass genocide?
Mass genocide is committed by people who don’t care for others. But what if we all asked ourselves at the end of every day whether we had worked hard, helped someone, or achieved something of which we could be proud? What if we decided every day to do even better tomorrow? Then the world would be full of kind, generous, fair-minded people and there would be no mass genocide.

Do you believe that people who do horrible things deserve second chances? (such as the people who implemented the camps)?
The Holocaust took place before 1945, and the monsters who built the camps and murdered the victims of the Holocaust are all dead. The horrible deeds of these murderers are inherited by their children and grandchildren, although they have committed no crimes themselves. I believe that the next generations deserve a chance. Don’t you?

Do you forgive the people who put you through what you went through?
It is difficult to forgive the unfairness and cruelty I experienced in my life, but I think that forgiveness is not just possible, it is necessary. Hating those who were cruel to you causes them no harm, but it harms you. If you forgive then you can start closing the bad chapter of your life and look to the future.

What is the thought/memory that kept you going through your experiences?
I don’t think I relied on memory, especially since my memories were not particularly happy. But there were two little toddlers with us in the camps, my cousins. Their mothers were ill, their fathers were away and one of them was dead. I loved these little ones, and the responsibility to help them kept me going.

The question I have for you is, have you returned to your hometown or house since you were liberated?
Yes, when our camp was liberated by the Soviet army, we returned to our home in Budapest. We were weak and starved. Because of the war, roads were torn up and there was no public transport. It took us a month to do the 150-mile journey, and when we arrived, we found that our home had been occupied by others.  We never got our home back.

How did you start your life again after the Holocaust?
It was very difficult. We were weak, homeless, without income, and we soon found that the people still hated the Jews and resented our return. My parents struggled. I went back to school to catch up with the year of learning that I missed while we were in the camps.

What was your experience when you came to England?
The most painful part was missing our family and friends; it was like a bereavement. We knew nobody, and we had nothing: no winter coat, no passport, no money, not even a small bag of belongings. In a new country everything is strange and frightening, but the biggest obstacle was the language. I could read and write good English, but had no experience with speaking the language, and my husband had no English at all. But we had a job, the climate was moderate, our colleagues and neighbours were helpful, and we soon found a room to rent. It took a long time, but we settled.

What message would you like to leave with people?
Do your best, and always treat others as you would like to be treated yourself.

How should people respond to genocide and human rights violations today?
People should respond with support for and generosity towards the sufferers, and should join with others against the perpetrators.

How did they come up with the name Holocaust Memorial Day?

They came up with this name because it describes what we are remembering: that on the 27th January 1945, the Soviet army liberated Auschwitz, the camp where the largest number of Holocaust victims were murdered. The day is marked in the calendar every year to remind us to devote time to think about the Holocaust and learn its lessons.

(Let me tell you a strange thing. My husband and I arrived in this country in the year of 1957, on that date, the 27th January.)

What we should celebrate in 2022? Should we celebrate that maybe, hopefully, probably, Covid-19 is over?
You are right. If COVID-19 is over in 2022 or whenever, we should have a big,  big party to celebrate. Please invite me!