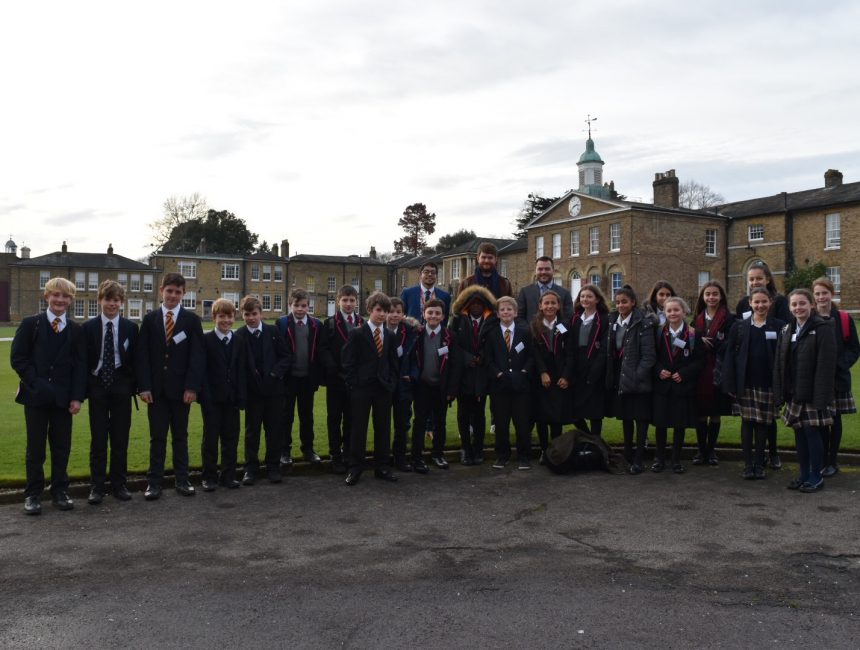 The partnership between Haileybury and Haileybury Turnford strengthened with a day of the Haileybury ISSP (Independent State School Partnership) Masterclasses Programme for pupils from both schools.

Students enjoyed a series of sessions including one which posed the question: ‘What is success?’ and others which explored the academic importance of economics.

Teachers from both schools delivered talks before the day was rounded off by Patrick McCrae, co-founder and CEO of art company Artiq, who encouraged the Lower School and Year 7 pupils to aim high.

“We needed to improve the attainment and aspirations of the high-achieving students,” said Jon Datta, Haileybury Turnford’s Partnership Director of School Improvement. “We thought the best way of doing that is to start in Year 7. That way we can build up a culture of aspiration from the very beginning, exposing them to co-curricular activities. “They gain a much broader understanding of the world and ultimately we believe this will help them to achieve highly, not just at school but beyond.” The aim is to have at least two such events each term with older students eventually acting as mentors for younger year groups.

There are also plans to introduce GCSEs such as Astronomy and Latin – both taught at Haileybury – which could be integrated into the Haileybury Turnford curriculum.