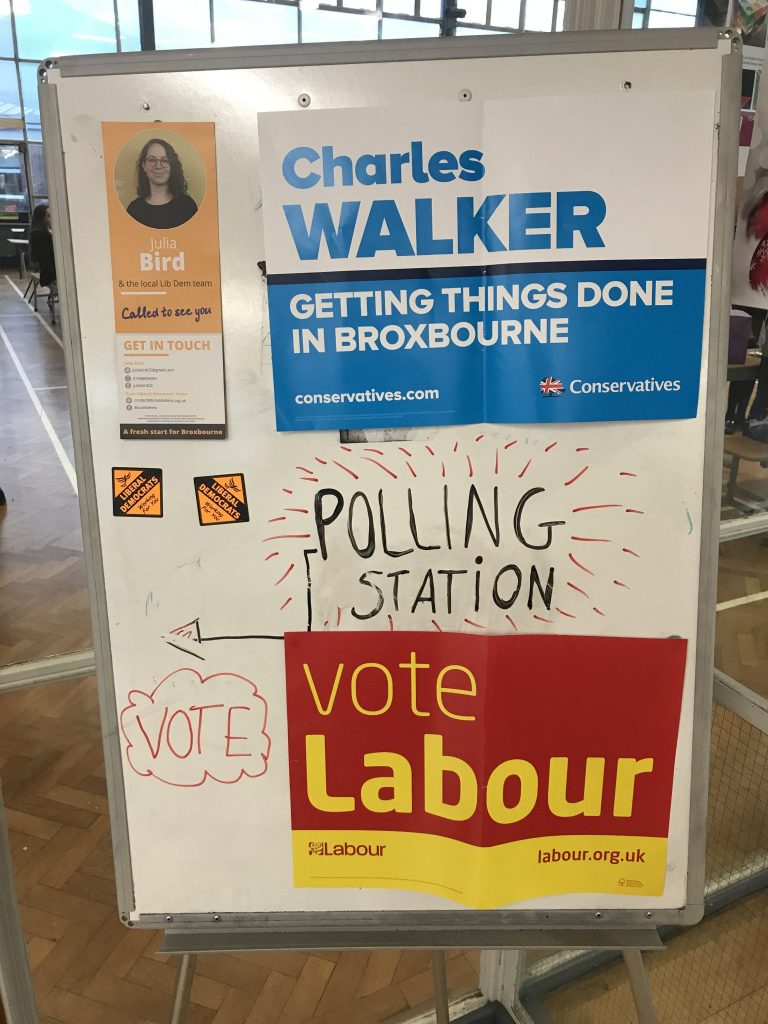 During assemblies over the past two weeks, students have been learning about our General Election process.  Part of this including a ‘Meet the Parties’ event on Monday.  On Tuesday 10th December, all students had the opportunity to vote in HT’s Mock General Election.

Due to our first past the post voting system it means the Conservatives won the election ballot despite not gaining an overall majority of votes.  This therefore means that if the school was the constituency of Broxbourne, the Conservatives would have won the seat in Parliament.

The Conservatives managed to win the most votes in 4 of our 6 Houses, with the Liberal Democrats winning the remaining two. Labour managed to come second in two of the House votes.