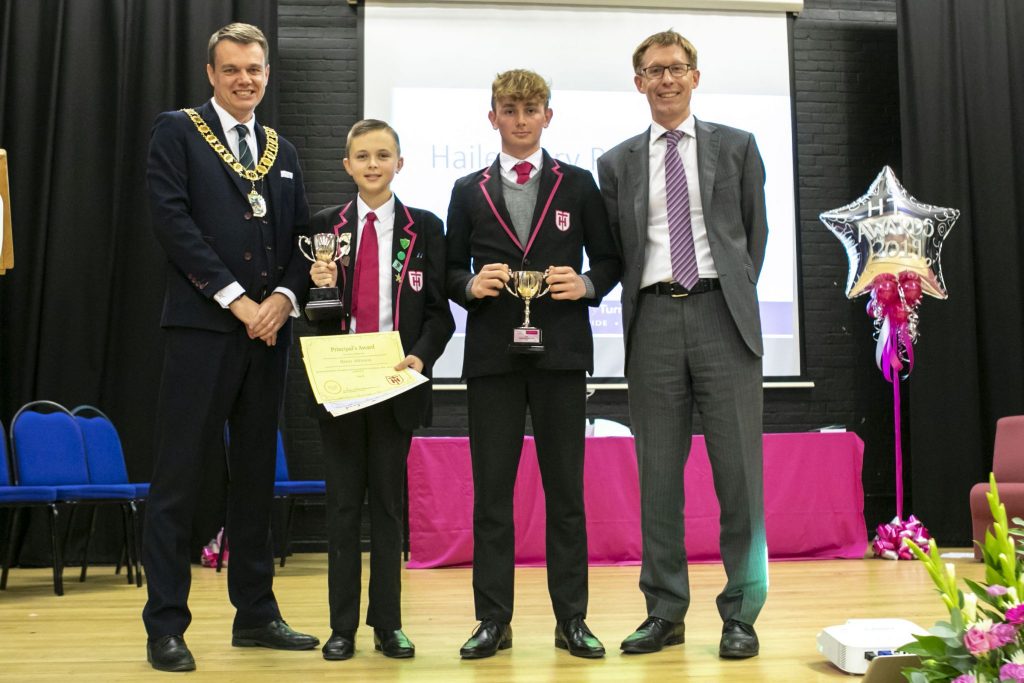 The outstanding achievements and progress of Haileybury Turnford students were celebrated with a special awards evening on Thursday 17th October.

A packed hall including parents and governors enjoyed speeches and music as around 100 students received certificates for their achievements and commitment during the last academic year.

Special guests included former student Steve Wortley, Mayor of the Borough of Broxbourne, and Simon Heard, Deputy Master at sponsor school Haileybury, who highlighted the strong partnership between Haileybury Turnford and Haileybury and awarded the Haileybury Partnership Cup to a HT Cadet.

“We are delighted to be providing expertise both inside and outside of the classroom,” Mr Heard said. “We’re pleased some of what we are assisting with has already helped to create significant positive change.”

George Hooper in Year 11 won the Haileybury Partnership Cup for his excellent contribution as a Cadet at Haileybury, while the Principal’s Award was won by Year 8 student Henry Atkinson.

Talented pianist Reece Shaw and drummer Samuel Featherstone delighted the crowd with their performance and a video showcased the Australian exchange which two sixth form students, Maisy Hurst and James Evenden took part in over the summer.

Robin Newman, Principal commented “it was an excellent celebration of student success, and a lovely way to finish this half-term”.